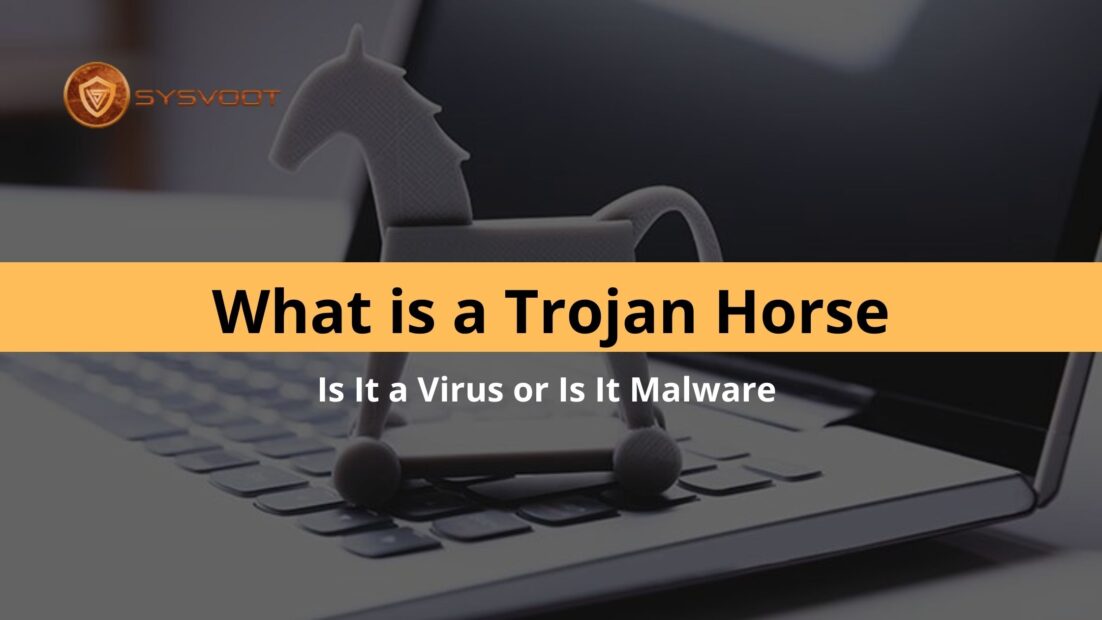 A Trojan which also goes by the name of Trojan horse is a type of code that might give the illusion of being legitimate but can cause havoc in your system. A Trojan is devised to damage, corrupt, or cause problems in your system or network.

A Trojan pretends to be safe software but once it is installed, it can put into action the thing it intended to. A Trojan is sometimes tagged as a Trojan virus or a Trojan horse virus but it is important to understand it is not a virus. Viruses can replicate themselves but a Trojan can’t.

No matter what you call it, it is important to understand how it functions. So let’s start.

How Does a Trojan Horse Work?

First, let’s take a situation to understand the working of a Trojan. You receive an email that appears from a legitimate source and downloads the attachment with it. However, once you do so, you unknowingly install the malware in your system.

Now that malware will start functioning and spread into various parts of your system. Trojans are designed to cause different functions and different kinds of damage to the system.

Some of the most common types of Trojan are listed below:

This type of Trojan can devise a “backdoor” on your system. It lets a hacker get hold of your computer and manipulate it.

This Trojan entacts DDoS attacks. It will fill the network with unnecessary traffic. This traffic comes from a compromised network or system.

This Trojan affects your already-compromised device. It downloads and installs new variants of harmful code. These comprise Trojans and adware.

This malware acts like antivirus software but asks for a ransom from you to find and eradicate threats, whether they’re real or fraudulent.

This Trojan seeks to steal their account information usually propagated by gamer.

As the name suggests, this Trojan is for the information on your infected computer.

This Trojan aims to steal the email addresses you’ve stored on your device.

This Trojan asks fa or ransom to remove damage it has done to your device. This can include stopping your data or hinder your computer’s performance.

This malware can provide a hacker full access over your computer via a remote network connection. It also gains control of your information or spies on you.

A rootkit intends to obscure a feature on your infected computer. It aims to increase the time a malicious program executes on your device.

This type of Trojan infects your mobiles and can transmit and encrypt text messages. Texts to premium-rate numbers can increase your phone costs.

Some of the prominent Trojan malware attacks include

Rakhni Trojan. This malware has been in existence since 2013. In recent times, it can transmit ransomware or a cryptojacker (permitting criminals to employ your device to mine for cryptocurrency) to hacked computers. “The growth in coin mining in the final months of 2017 was immense. Overall coin-mining activity increased by 34,000 percent over the course of the year”, stated the 2018 Internet Security Threat Report.

ZeuS/Zbot.This banking Trojan is another popular Trojan. ZeuS/Zbot source code was first employed in 2011. It utilizes keystroke logging i.e. tracking your keystrokes as you access your bank account. It is used to steal your credentials and thereafter your money as well.

Not only do Trojans cause havoc on laptops or computers but also they affect your mobile devices. It is usually disguised as a legitimate program.

They are intended to steal the data or personal information or cause damage to your system. Switcher Trojan is a popular Trojan that targets Android devices. It redirected traffic from wifi to attack devices.

Tips to Protect Yourself from Trojans

Trojans horse are dangerous and can cause problems. Some tips to safeguard yourself from this include:

The first step is to install a good quality antivirus. SYSVOOT is a potent antivirus that provides robust protection from various threats.

Trojans are frequently used by hackers as they act as imposters giving a legitimate appearance. It gets its name from the Greek fable where they opened their gates to their enemies thinking a wooden horse to be a gift in the Trojan war. So to protect yourself always be mindful of what is around you and yeah do not forget to install SYSVOOT to protect yourself.