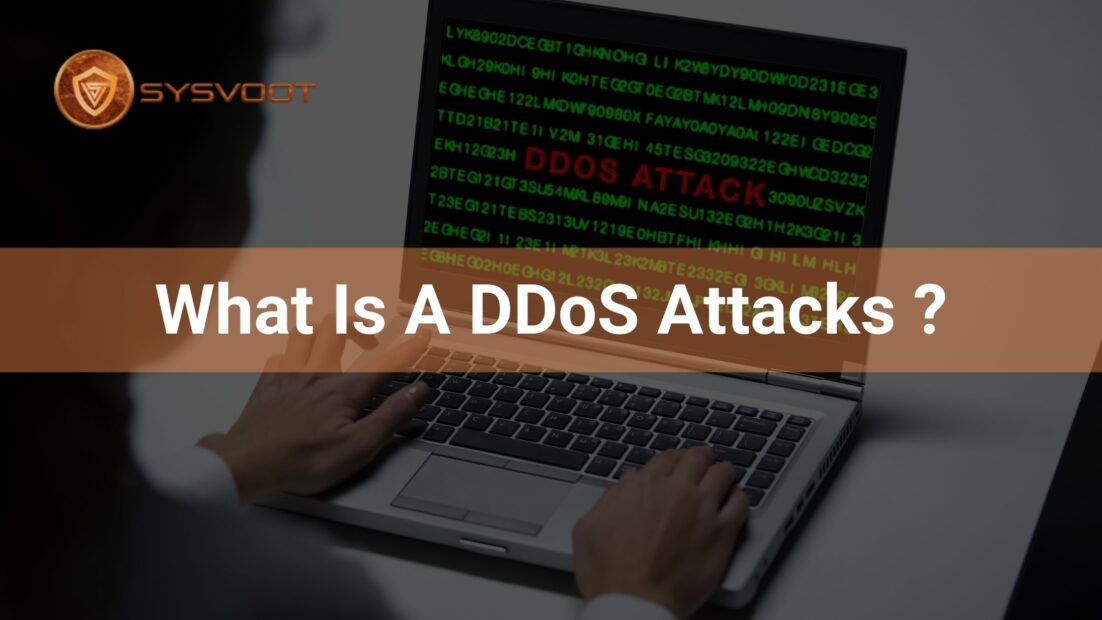 A DDoS attacks is a type of cybercrime in which the perpetrator aims to flood the server with traffic to prevent the user from accessing the site or services. The intent of this kind of attack is a personal vendetta, fun, or financial gain. When the financial gain is the motive, it hinders users from accessing the website and as a result, using the competitor’s website. At times, it is also carried out to ask for a ransom.

DDoS attacks are increasing and the latest one was conducted on AWS (Amazon web service) in February 2020, 2 years after GitHub. The repercussions of a DDoS attack is lost customers, reputation damage, and in the process, financial loss.

IoT and work from home are on the rise, increasing the susceptibility to DDoS attacks. Hence, in these times it is important to safeguard your system against these attacks.

A DDoS attack aims to generate a lot of traffic on a particular server, making it inaccessible to authentic users.

DDoS is a specialization of denial-of-service (DoS) attacks. In DoS, a single connection is bombarded with the fraudulent request but DDoS is at a larger scale utilizing a large number of devices, making it more malignant.

Botnets are the means DDoS is implemented. The hacker will install a malicious code or software in the device called a botnet which shall barrage the server with incessant traffic.

How to Identify a DDoS Attack

As the DDoS attack symptoms match the signs of daily glitches like the sluggish performance of the website, low download speed, etc., detecting them is difficult. These attacks may vary based on the period or the degree of ill effect.

DDoS attacks can be categorized as follows:

Volume-based attacks: In these types of attacks, the entire bandwidth is controlled. Domain name system (DNS) amplification is a type of volume-based attack. In this type of attack, the target address is mimicked and a DNS request is sent to open the DNS server using that fake address. When a DNS response is sent, it gets redirected to the server, amplifying the small request.

Protocol attacks: In this type, the entire capacity is compromised. Layer 3 and 4 of the OSI protocol stack is used to make the target inaccessible.

Application-Layer Attacks: This type of attack intends to overwhelm the target’s resources. This type attacks the application layer which generates a response to Hypertext Transfer Protocol (HTTP) requests.

How To Prevent and Mitigate DDoS Attacks?

As the signs of DDoS attacks are very similar to the symptoms we encounter often, pinning them down is a little tricky. However, once an attack is detected the ways you can fix them include:

Risk Assessment: Risk assessment is a practice every organization must undertake. Regularly conducting them lets you know the strengths and shortcomings of the organization. Once weaknesses are known, you would have a picture of how to tackle DDoS attacks.

Traffic Fragmentation: Once you suffer from a DDoS attack, shutting down the traffic completely is not a viable option. However, a suggested means is to distribute them across servers to make them manageable.

Rate Limiting: Another strategy is to reduce the magnitude of requests a server can accept in a time frame. Though it is not adept in warding off a robust attack but is a feasible approach.

Firewalls: A web Application Firewall (WAF) is a layer between the internet and the company’s server. They can then specify the rules and see the pattern of traffic.

A good DDoS solution not only tracks these attacks but also prevents them. As these attacks are evolving, robust security is the key. SYSVOOT is a powerful software that helps your organization detect them. So install sysvoot now and be safe.

2 comments on “What Is A DDoS Attacks”